It's time to press "Reset" as a church! Join a group today.
Press Reset

We’ve heard the spiritual heed many times before: “Be careful not to become like the Pharisees!” These were the early teachers of the Law whose decisions and actions were led by pride, and who started with good intentions but were distracted by their habitual patterns of works-based faith. They are described as hypocritical, self-righteous, and judgmental. In short, well-known villains of the New Testament and enemies of the Gospel of Christ.

The Pharisees were setting up unnecessary standards and rituals, and in verse 16 Jesus actually rebukes these phony pedagogues by referring to them as “blind guides” to the people of that day. They were more concerned about constructing strict and precise formulas for following law but careless and loose when it came to weightier priorities. They were missing the point, and in this passage Jesus is illuminating the hard reality of where their ritualistic efforts had gotten them. Picture someone dressing a dead body for burial. A grim analogy, I know, but all of the embellishing and adorning of the grave is for show. In an attempt to lead a squeaky-clean life that followed all the rules to a “T,” people were beginning to become blind to the true state of their hearts before God.

They were more concerned about the way their devotion and service to God looked on the outside rather than humbling themselves and allowing the altar of their hearts to be cleansed from the inside-out. How easy it is to become so distracted by the dos and don’ts of Christianity that we forget the “newness of life” that is ours when the inward spirit is made clean by the power and cleansing of the Holy Spirit. Lord, instead of hearts that are striving to appear like we already “have it all together”, give us humble and contrite hearts to lay at your throne!

This begs the question, what have you allowed to blind your eyes and clutter your heart?

When have you found yourself working to check off the Christian to-do list perfectly, yet still hungering for more? Turn your eyes to the One who gave you the gift of a new day, and be reminded of the reality of newness of life that is given to us not because of our works, but because of the finished work of Jesus! 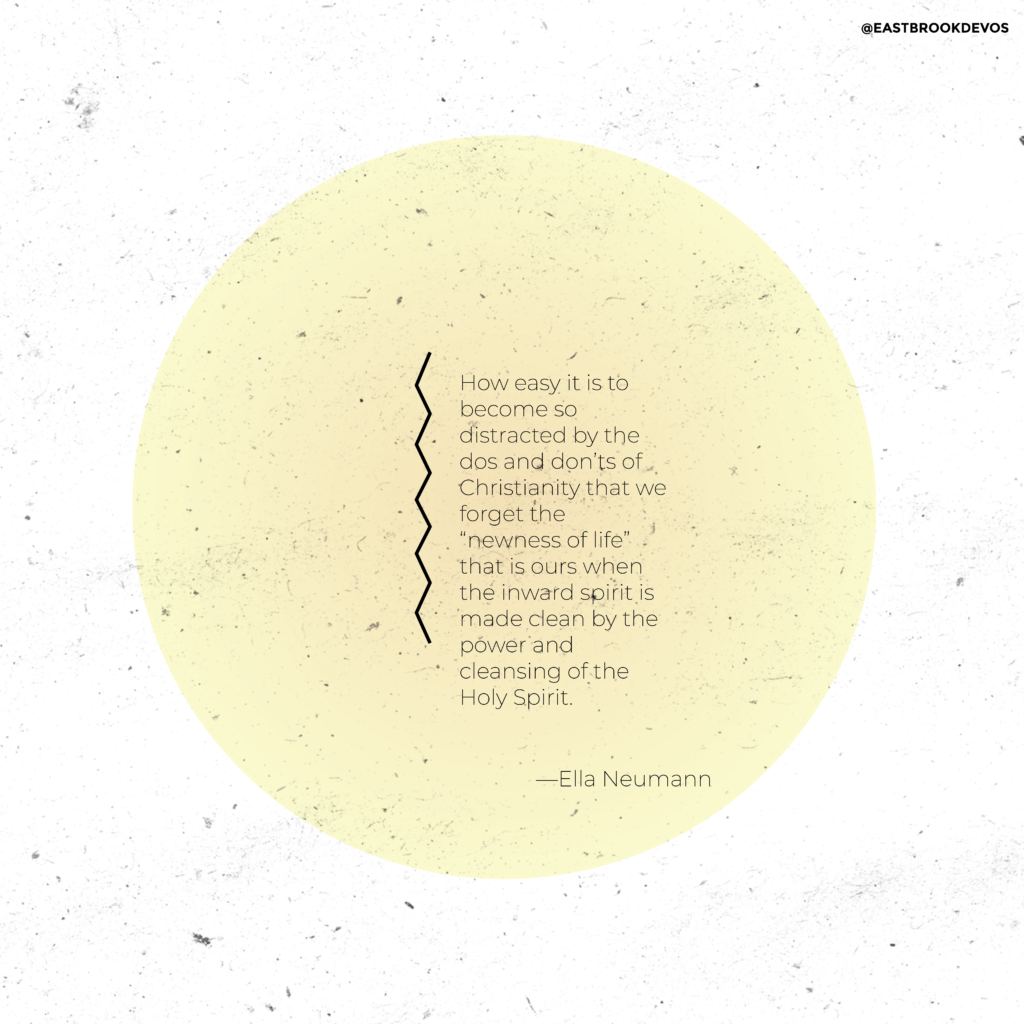